Participants in a PARIS21 seminar in New York supported the idea of a data compact in which countries agree to basic principles and receive financial and technical assistance in return for progress. The one caveat, they said, is that the concept deserves greater structural definition before moving forward.

PARIS21 hosted the event “A Road Map for a Country-led Data Revolution: What’s in it for us?” on the sidelines of the 46th session of the United Nations Statistical Commission at UN Headquarters from 3 to 6 March. Over 100 people from the data community – government, private sector, international organisations, civil society – met to discuss the idea of a data compact, new partnerships and financing mechanisms, and the recommendations laid out in PARIS21’s Road Map for a Country-led Data Revolution. 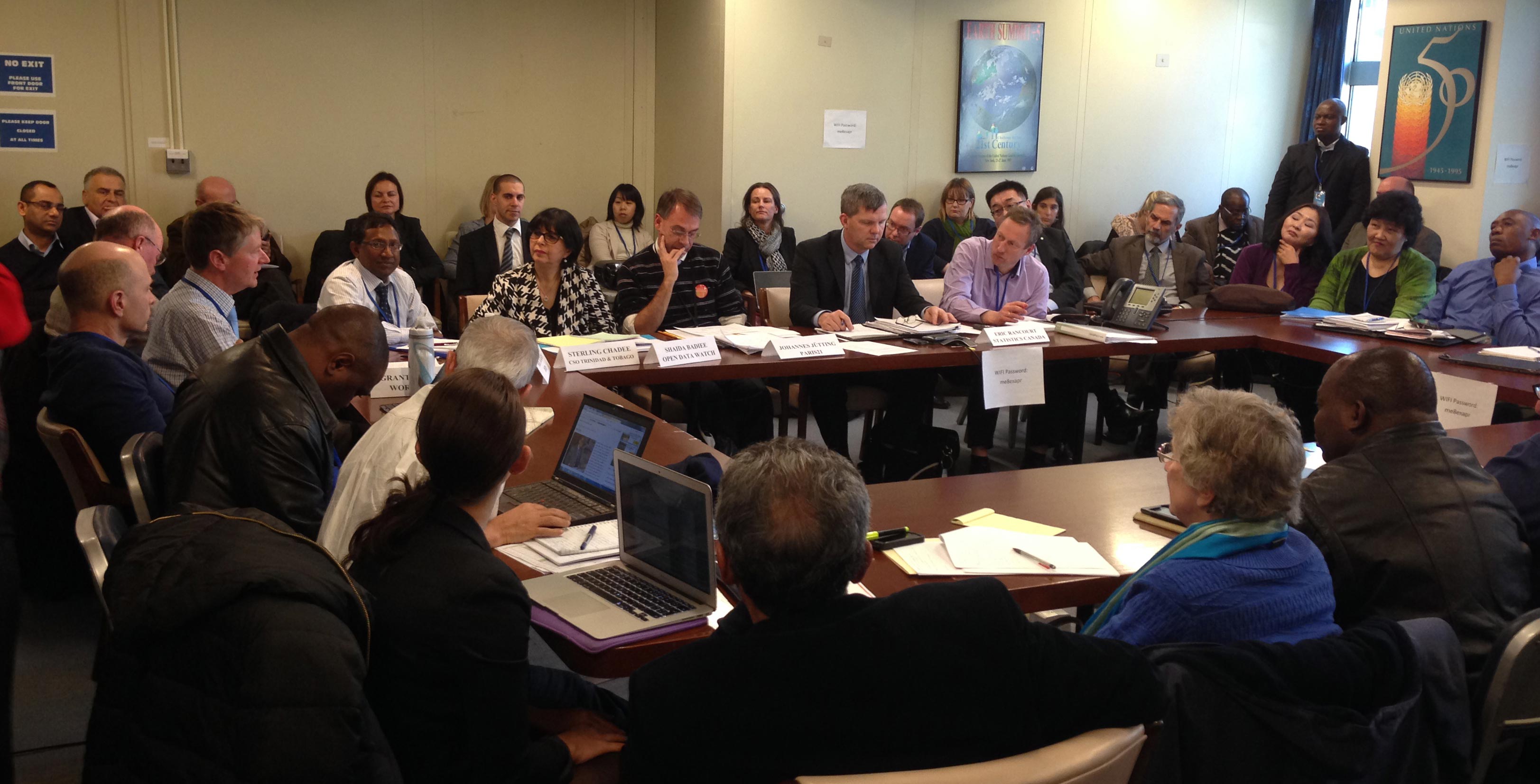 The road map – which will be launched at the Cartagena Data Festival on 20 April – sets out the goals, activities and resources needed for developing countries to use data to achieve the sustainable development goals. It is the anchor output of PARIS21’s ongoing Informing a Data Revolution (IDR) project. Also raised by speakers during the seminar agenda were National Strategies for the Development of Statistics (NSDS) 2.0 and the idea of an “NSDS reloaded” to integrate and take on new needs for NSOs in the post-2015 context.

Following a presentation of the road map by PARIS21 Manager Johannes Jütting, there was a panel discussion between Neil Jackson, UK Department for International Development (DfID); Shaida Baidee, Open Data Watch; Sterling Chadee, Central Statistics Office of Trinidad & Tobago; and Grant Cameron, World Bank. The panel members stressed the need to bring new players into the data and policy arena, with Jackson emphasising the empowerment of citizens.  Chadee argued that the data revolution would require the re-engineering of the national statistical system. In addition to supporting the data compact and the idea of NSDS reloaded, Cameron, echoing the rallying cry of the IDR project, said that the statistics community has to do more to ensurethe right data gets to the right people at the right time.

Beyond general support for a data compact, participants agreed that NSDS reloaded was a good idea and that it should be more rigorous and prescriptive; there was a need to reinforce monitoring for measuring impact and progress; and that the data community should look into extending partnerships and sectors in the data dialogue.